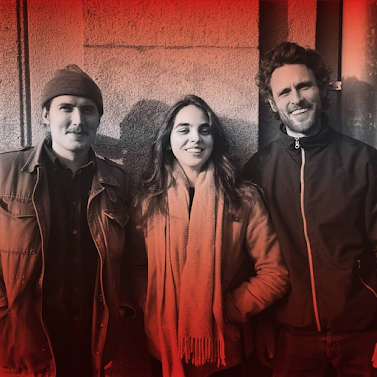 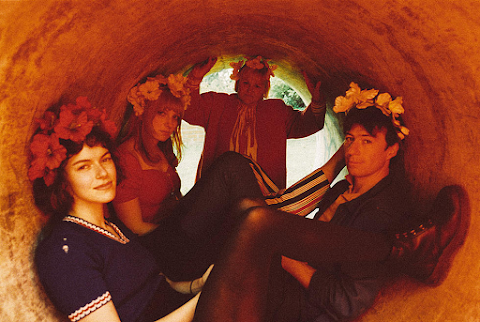 1 Bruce Springsteen (US) New single “Ghosts” is a salute to lost bandmates and love letter to rock. A probable future live favorite when concerts resume, “Ghosts” is simultaneously a tribute to lost bandmates, a vow to carry on and a love letter to rock & roll itself. After Max Weinberg’s drum intro, Springsteen sings, “I hear the sound of your guitar,” before slashing electric chords prove him right. Recorded with the E Street Band, the song feels like a revved-up version of rockers from The River such as “Two Hearts,” complete with prominent back-up vocals from Steve Van Zandt on lines including “I turn up the volume/ and let the spirits be my guide.” The Rolling Stone

3 Doves (UK) The Britrock survivors’ first album in 11 years is the sound of men in their 50s channeling the memories of their teens through the music of their 30s.As most of their peers have either shuttered or grown into the middle-age MOR tag, Doves seem to see their own continued existence as a form of defiance. Pitchfork

5 Fleet Foxes (US) On his fourth album, singer-songwriter Robin Pecknold refines and hones Fleet Foxes’ crisp folk-rock sound, crafting another musically adventurous album that is warm and newly full of grace. Shore, the fourth album from Fleet Foxes, brings gratitude back into the fold as Pecknold ascends to a graceful new plateau. The record’s mood is born largely from existential worries and the shadow of death, common concerns of Pecknold, who, now 34, has spent his career transforming anxiety into euphoria with towering, wall-of-sound choruses. Pitchfork

6 Deftones (US) Ohms review – fighting time and tide with undimmed ferocity.
Deftones’ dedication to expanding the boundaries of metal has set them apart from their contemporaries. Nonetheless, their experimental bent doesn’t dampen their music’s equally potent hit of 1990s nostalgia: their ninth album, Ohms, feels more pre-9/11 America than Fred Durst’s backward caps. The guitars thrash, the drums are punishingly thwacked, and everything is presented with that slick-on-the-ear nu-metal production style once helped the genre become a pop-culture phenom. The Guardian

7 Rome ( LUX) A self-evident career high point and a fantastic way to infiltrate new territories, "The Lone Furrow" is the sound of a cult hero edging towards the light; still uncompromising, but increasingly impressive and quite possibly irresistible. JEROME REUTER's idiosyncratic outfit have been churning out profoundly atmospheric and often startling records since 2006. But, "The Lone Furrow" promises to be many metal fans' first taste of the band. Blabbermouth

9 Deap Lips (US) Musical iconoclasts with a penchant for the avant-garde, The Flaming Lips are no strangers to proffering strange yet oddly enticing collaborations to the public (all in the name of experimentation of course). To describe their oeuvre as unpredictable would be an understatement. So, when it was announced that they were teaming up with Deap Vally, the riotous Cali-rock sisterhood, one couldn’t help but anticipate with equal parts intrigue and scepticism at what would be brought to the table. TLOBF 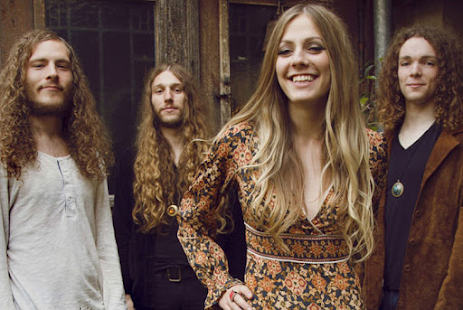 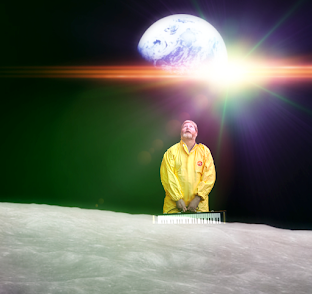 Au really like "Hot Power" and the song is one of ten songs, that is included in my Top Ten list of new contempoIrary pop music. Would you tell me a little about how "Hot Power" was made?

Thanks Ingemar. The band wrote the song while on tour in US with Black Hearted Brother, seeing first hand how post Obama, the new big orange face’s partisan politics was beginning to divide the country, then coming back to UK and seeing it here too. We recorded live at truck studios in Oxford (owned by the Bennett Brothers, founders of Truck Festival) and then produced it our own analogue studio, the oaki room, we’re very proud of this track, it’s our letter to the world and we’re glad you like it too x

2 Secret Machines (US) One of rock music’s former Next Big Things returns with a propulsive, stream-lined album that has the modest charm of fan service. If the concept of “krautrock, but with choruses” is no longer novel in 2020, it’s at least fresh on Awake in the Brain Chamber—even as their vision of planetarium-ready rock receded almost entirely from the public imagination, Now Here is Nowhere maintained its cult appeal in large part because there really hasn’t been anything remotely like it since. Pitchfork

3 Tricky, Marta (UK) After a string of misfires, the UK musician’s 14th album translates unimaginable loss into some of his most darkly moving music in years. Fall to Pieces, which contains some of the most darkly moving music that Tricky has produced since that debut album, was produced in the shadow of tragedy. Tricky’s daughter Mazy died in 2019 as he was beginning work on a new record. Here, on his 14th studio album, he translates that unimaginable loss into moments of nauseatingly raw emotion. “Hate This Pain,” one of the first songs Tricky worked on after his daughter’s death, channels the sickening depth of his loss into music of visceral simplicity. Pitchfork

4 Jim Bob ( US) His press release says these are brand new songs written by a man who can’t escape being compared to Jim Bob from Carter The Unstoppable Sex Machine… That’s because he is fuckin’ Jim Bob from Carter The Unstoppable Sex Machine! Jo’s Got Papercuts starts with a classic chug and crescends into a top as fuck chorus filled with pianos and cutting lyrics; “And every day she’s doing her best to say sober, but people keep fucking her over” Great stuff! Louderthanwar

5 Toots & The Maytals (JAM)  show off their pride for their native Jamaica in the new animated music video for “Got to Be Tough,” the group’s latest single. “Got to be tough when things get rough/You got to be tough and this is a warning/You got to be smart, living in this time/It’s not so easy to carry on.” Rolling Stone

6 Blues Pills (SWE)  Retro Swedish soul-rockers Blues Pills continue to swing on third album, Holy Moly! Sometimes, it’s not about where you are, but where you’re at. Even if, in the case of Swedish retro-rockers Blues Pills, where you are is already rather covetable. To record the follow-up to 2016’s magnificent Lady In Gold – an album which took them to Number One in Germany – Elin Larsson and her be-flared band headed to Närke, far out in the Swedish countryside, where they could freak out in (relative) peace, in their own analogue studio, with no distractions, recorded by guitarist Zack Anderson. But as idyllic as this sounds, on Holy Moly!, Blues Pills are actually miles and decades away from where it was created. This is actually the super-swinging sound of 1960s California, a sunny delight that invokes the golden age of psychedelia, the Playboy Mansion party from Once Upon A Time In Hollywood. Kerrang

7 Girls in Synthetis (UK) For anyone whose been following their feverish rise since conception, the arrival of Girls in Synthesis debut full-length album Now Here’s An Echo From Your Future, is something to get excited about.

he title Now Here’s An Echo From Your Future, in itself is loaded with postmodern suggestion. An echo, something which usually follows, instead reverberating back. It is the perfect title. The influences are apparent – the restless agit-prop of anarcho-punk and the nervous twitch of many of post-punk’s finest. But it takes that foundation to make something fresh, blasting backwards from a vortex of the future in a manner which feels perfect for the current era.  Louder than war

8 Heavy Feather (SWE) is a rock quartet from Sweden. The album we have at hand is their debut effort, “Debris and Rubble” – an album that promises a raw and heavy riff-based rock. Just by looking at the font style they used for their name on the album artwork, you'll know they're old school. The album also has a bluesy shade and some share of country sound, and those two elements are both present in “Waited All My Life”. The solo of this song is so reminiscent of EAGLES’ “Midnight Flyer”.  Metal-Temple’

9 Working Mens Club (UK) Talking about the track, Syd from the band said: “Valleys is probably the most honest song on the record and I guess sets a premise for the rest of the album, growing up in a small town and trying to escape. It was one of the last songs we finished, we couldn’t quite get the right string sound despite layering up about 4 synths up then Ross brought in his fixed LE string synth and it sounded perfect for the song.Heavenlyrecordings

10 Ulver (NOR)  has gone through so many evolutions that it hardly seems worth it to relitigate what genre they were at what point. Lately, the group has found something of a niche within the realm of dark synthpop, and their latest record, Flowers of Evil, sees the band grasping for a natural conclusion to this exploration that seamlessly blends with the group’s long past black metal days. Though pervasive, dark synths are the sound of the record, there are also moments of levity that pierce through the darkness like a ray of light through storm clouds. Both “Machine Guns and Peacock Feathers” and “Apocalypse 1993” utilize bouncier synth sounds and engaging vocal techniques to bring in a not insignificant bit of pop. Musicmxdwn